Each event is quite literally, survival of the fitness.

Day 1 of the 2019 CrossFit Games started with the Opening Ceremonies. The variety and sheer amount of flags waving while athletes walked onto the field at North Park, was astonishing. One of the many flags that has never been flown at the Games before was the Dominican Republic flag, held by Big Dawgs Athlete, Yuyi Aldaño. 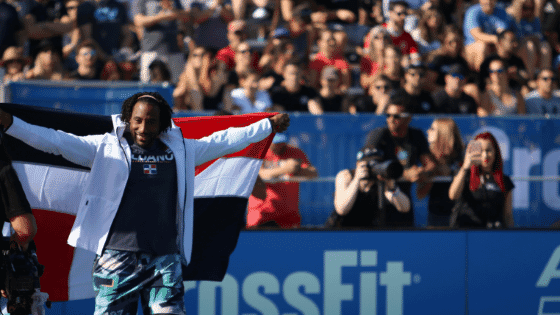 Once the athletes had filed in, lining up in front of the Zeus rig, Dave Castro came out to announce the Individual Event 1 in the typical manor we came accustomed to for the Open.

"For Individual Event 1... I'd like you athletes to turn around and face the screen. We are going to CrossFit.com, for today's event. Run 400, 3 legless rope climbs, 7 snatches, 185lb for the men, 130lb for the women, 4 rounds for time. The snatches are squat. Go warm up."

The men were the first to take the field, in three heats of 50 (give or take) individual athletes. The sun was hot overhead the turf, although the weather was only in the 70s. The announcers called the athlete's names and countries as they came onto the field. A silence came about the park, "Standby", calls Castro. The buzzer goes off and the athletes are underway.

There are almost too many athletes to watch but like a well rehearsed ballet, everything seemed to go smoothly. Yuyi was in Heat 1, while Nick Bloch was in Heat 2.

"Nick started a little shaky," Coach Sam says speaking of his athlete, "the legless rope climbs caught us a little off guard."

However, Nick was lucky to pull out a 62nd place finish. Yuyi completed 3 of the 4 rounds, which was good for CAP+11 and placed him in 82nd after Event 1. Unfortunately, each event was quite literally, survival of the fitness, as only the top 75 athletes would move onto the next event.

Next up the women. Colleen Fotsch takes the field in Heat 3. While, it's known that gymnastics is a small athlete's game and legless rope climbs fall into that category, Colleen managed to hang with the best of them and came out with a 26th place finish.

Again the men went first. Nick set the tone being among the first men off the row. This lead was just want he needed to give himself time for the handstand walk. With a time of 6:43, Nick earned a 20th spot finish in Event 2 keeping him alive for another event. 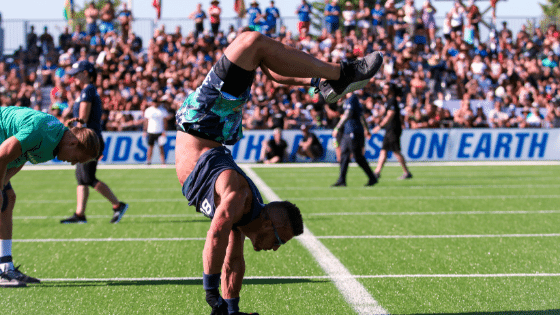 Then the women followed. Like Nick, Colleen was among the first women to complete the row, intelligently pacing her KB jerks to saving her shoulders for the handstand walk. And with a time of 7:52, Colleen earns her spot for the next day.

"Day one went great. Both workouts were heavily gymnastics biased which isn't what Colleen is known for." explains Coach Sam. "Having said that, she performed extremely well for her and is in a great position for tomorrow."

Day one was unlike any other day one in CrossFit Games history, where over half the athletes do not move onto the next day's events, among those athlete's, one of our own. But two athletes survive to compete another day, and have the strength of The Pack behind them. 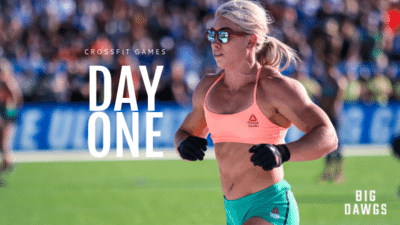