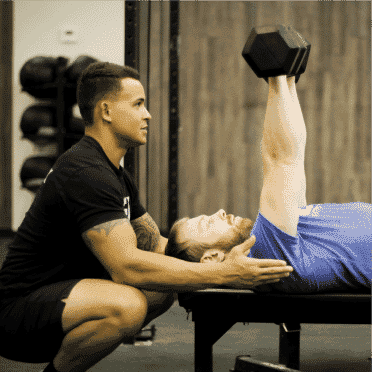 OPEX COO Carl Hardwick has dedicated his life to health and fitness. Already as a teenager, Hardwick lived at the gym. A 3-time All-Conference football player at Saint Mary’s University, Hardwick became passionate about becoming the most effective coach. This led the former U.S. Army veteran to buddy up with world-renowned strength coach Charles Poliquin to complete the PICP and then to complete his Certified Strength and Conditioning Specialist (CSCS).

While running the Army fitness program for his Battalion and a stint in Afghanistan, Hardwick was introduced to OPEX Founder James Fitzgerald. Sold by the OPEX individual program design approach, Carl went on to open multiple OPEX-licensed gyms before accepting his position as COO. Today, Hardwick is an integral part of the growing OPEX engine that is using the Coach Certificate Program (CCP) to change the face of fitness by professionalizing the fitness coach.