What I did after I lost my spot at the CrossFit Games: Kristine Best

What I did after I lost my spot at the CrossFit Games: Kristine Best

We sat down with Kristine Best to talk about facing adversity after receiving a major penalty for her CrossFit Open 19.1 video that lead to her falling out of an unofficial qualifying spot for the 2019 CrossFit Games. 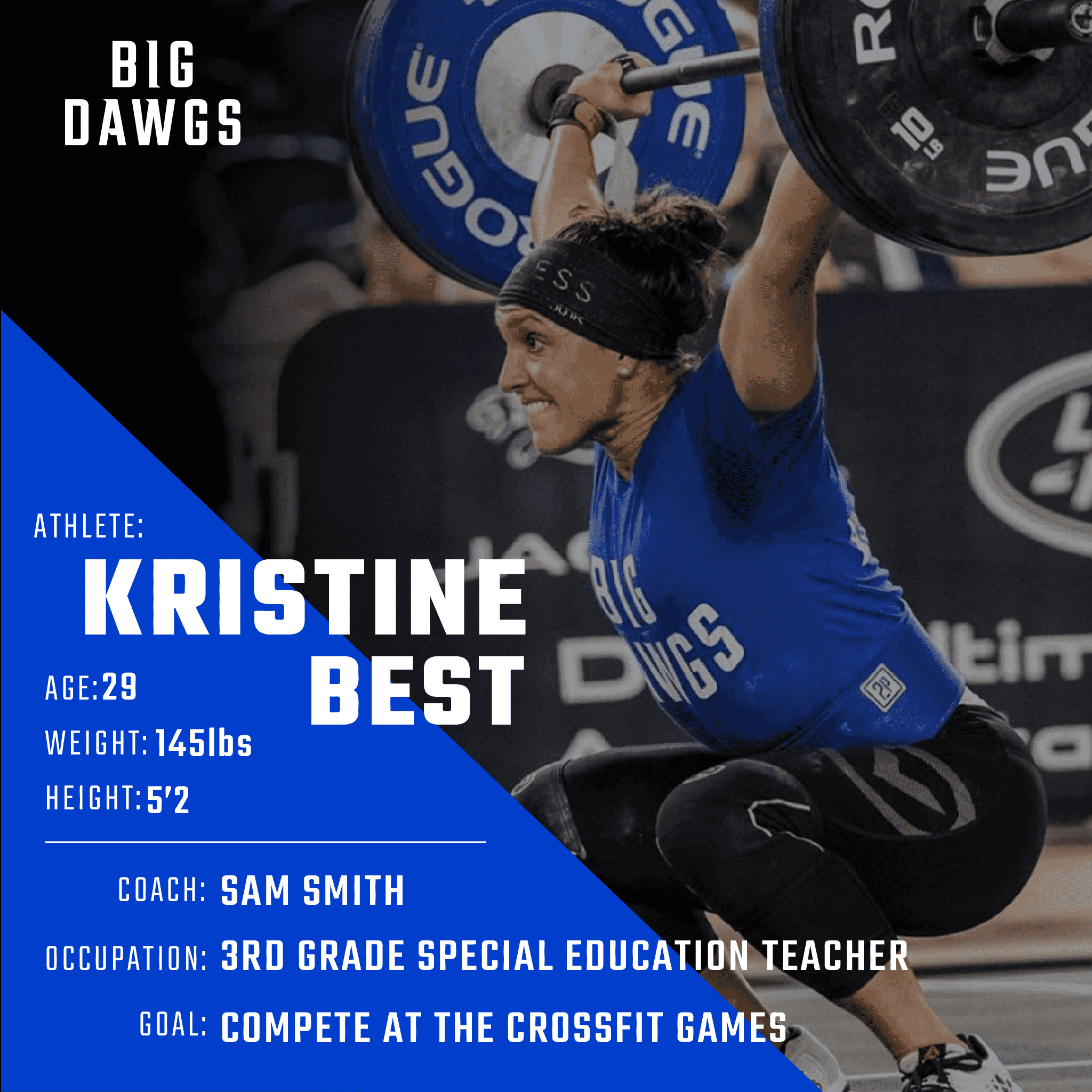 I started working with Sam at the beginning of this year in January. January was filled with MACC Qualifier workouts and later competing at WZA on a 4 person Team. After coming back from WZA, it was time to prepare for the Open which started at the end of February. Sam and I had our normal monthly consult, and we discussed realistic options for this coming season.  Ultimately my goal was to make it to the CrossFit Games individually and compete. But after speaking with Sam in realistic terms, he felt that I needed more time to develop as an athlete in order to be able to compete at the highest level. I agreed with him and knew that I had many holes in my game that I needed to work on, and that would take time to develop. So the mindset going into the Open was to do my best in each workout, see how I stack up against the best in the world and go from there.

At the end of the five weeks of the open I ranked 13th worldwide and unofficially qualified for the CrossFit games. I was very proud of my performance and my fitness level at the time.  A few weeks following the Open I competed at the MACC sanctional, knowing that I had technically "unofficially qualified" for the Games already but as with any competition, I go in with the mindset that I want to win.

"A few weeks following the Open I competed at the MACC sanctional, knowing that I had technically "unofficially qualified" for the Games already but as with any competition, I go in with the mindset that I want to win."

I did well at the MACC but there was a lot to learn from that weekend. I was not happy with where I placed and how I competed against the best athletes. I felt there was something missing, I wanted to be in the top heat, I wanted to win workouts there, I knew and know that I have the ability to eventually be in those top spots at sanctionals but the reality is that I NEED more time to develop my arsenal and these higher skills.

A week or so after the MACC , I got an emailing stating that my video for 19.1 received a major penalty for squat depth and that my score would be adjusted. This took me out of a qualifying spot for the Crossfit Games.  I was extremely devastated and very embarrassed because I hold myself to a very high standard.

"A week or so after the MACC , I got an emailing stating that my video for 19.1 received a major penalty for squat depth an that my score would be adjusted"

I’ve never had an issue with any of my video submissions in the 5 years I’ve been doing this. Standards are standards and I failed to meet the standard of my hip crease being below the top of my knee in my squat. The fact that I wasn’t able to leave no doubt in my squat depth for every rep, was on me.

My range of motion was not where it needed to be to qualify for the Crossfit Games. So what does this mean? I now have the OPPORTUNITY to improve my range of motion and have Sam develop me as an athlete so I can reach my full potential. I look at this as a blessing in disguise. This needed to happen. This is a great opportunity for me to refine the way I move and dial in more than ever before. I know I have the capacity to compete at the Crossfit Games, and I WILL reach my goal but first I NEED to get better so that I’m well prepared to compete across ALL tests. I am capable, but I need time to cultivate that.

Training since then has just been different. Sam challenges me everyday and although some of the things I do at times seem boring and repetitive, they are necessary. Sam knows what I need to improve on and has my best interest in mind. He challenges me mentally and physically every training session and I couldn’t be more thankful for that. October is quickly approaching and I have about 14 weeks to improve even further. I will leave no questions come October for the 2019 Crossfit Open.

What did Kristine's Training look like coming out of the CrossFit Open?

Here is Week 4 from a 5 Week build leading her into the Mid Atlantic CrossFit Challenge.