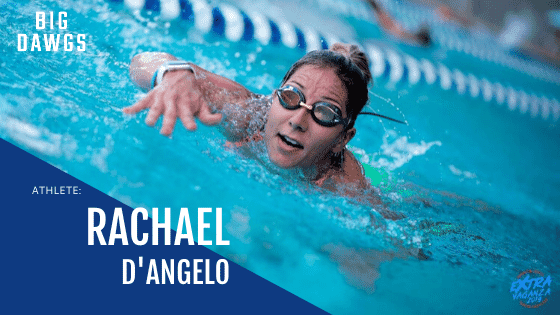 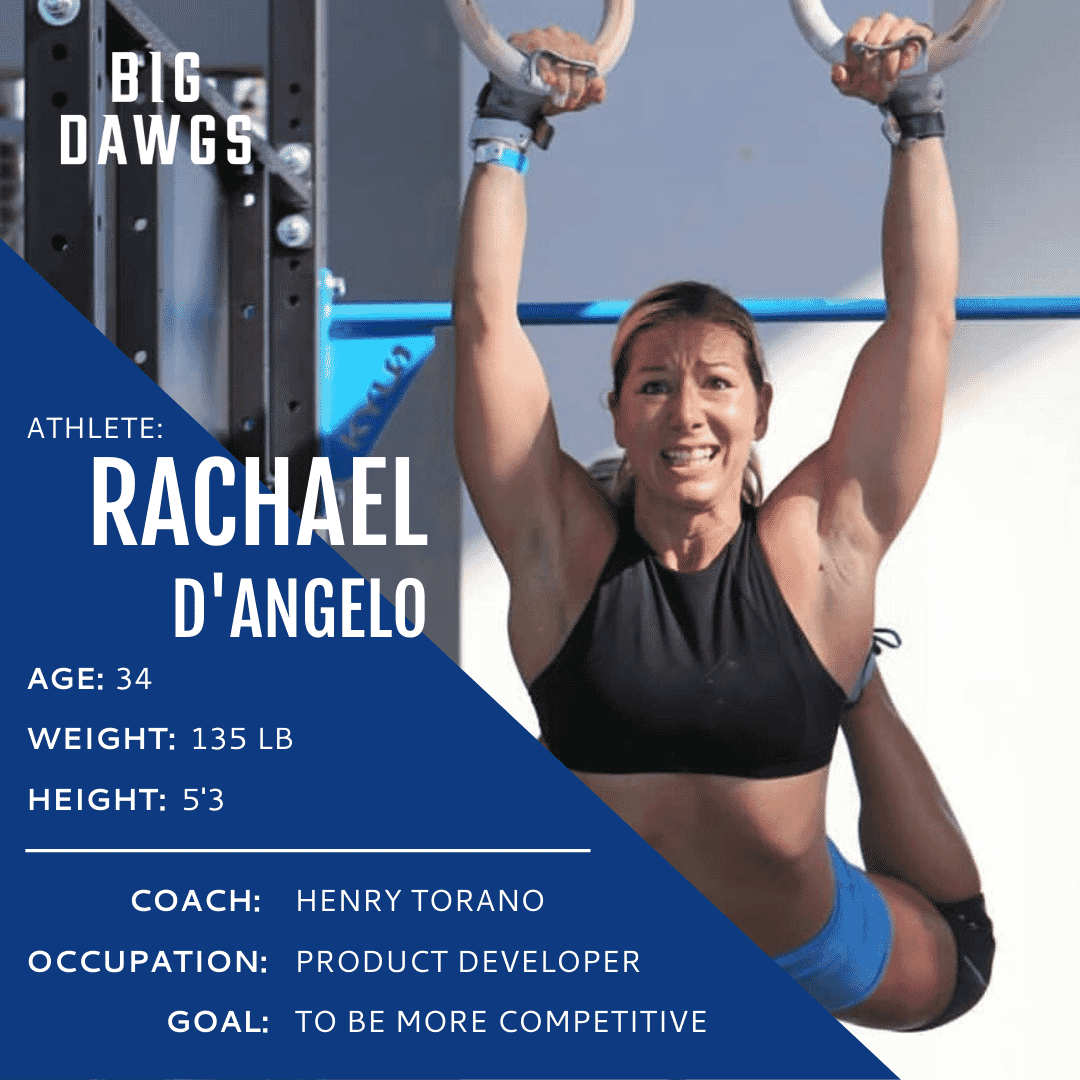 It’s better to be a small fish in a large pond, than a big fish in a small pond.

Big Dawgs Athlete, Rachael D’Angelo competed at Beetle Extravaganza in November 2019. Like many competitions, there were only two divisions to compete in, Rx or Scaled. Her coach, Henry Torano, explained how they discussed whether or not to go Rx because the standards for the competition would be tough for Rachael. However, with the lack of an intermediate division, the scaled would simply not test Rachael enough, and so they decided on the Rx division. 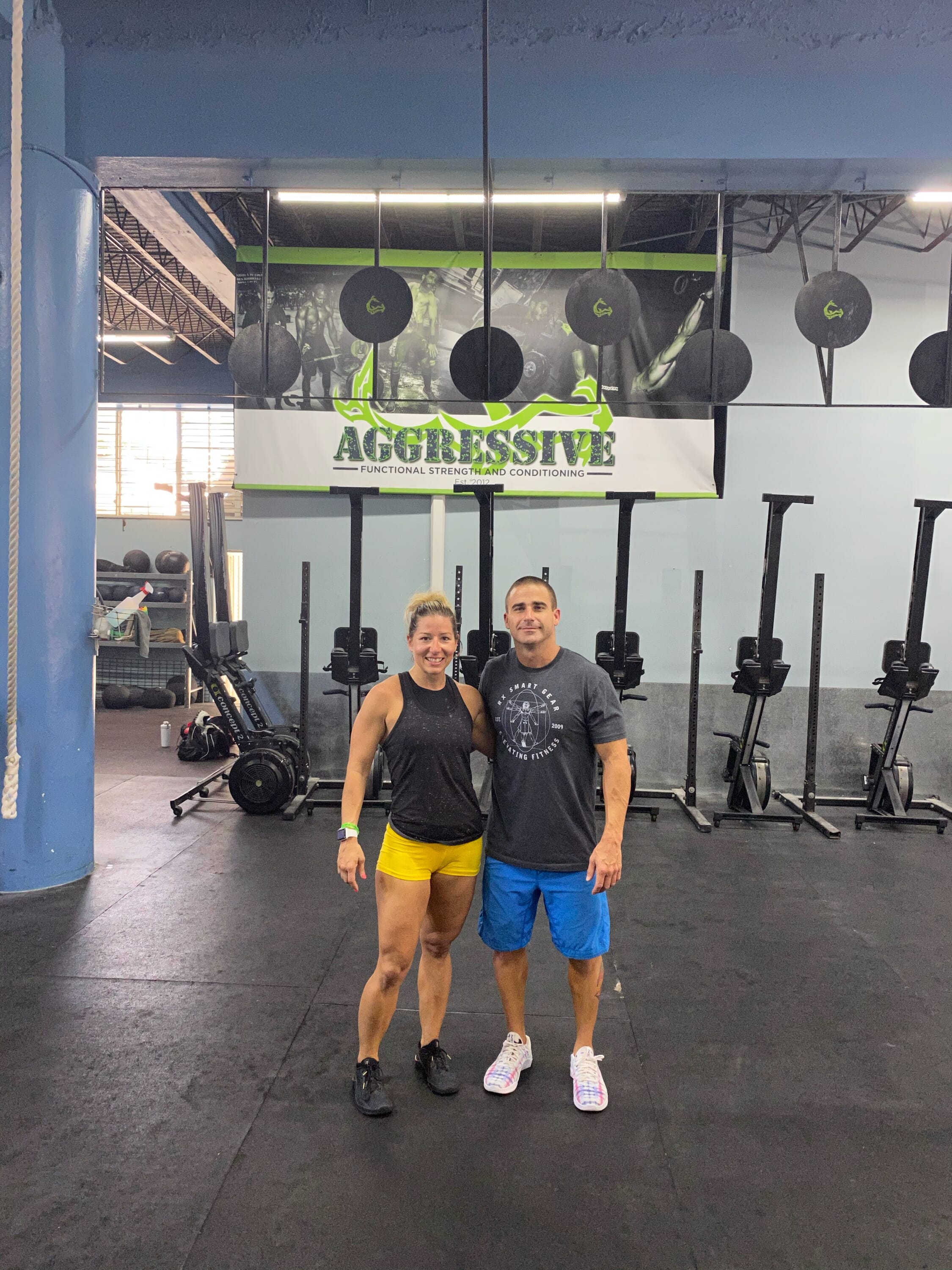 Leading up to competition Rachael said Coach Henry worked with her on mindset so that she would not be derailed by one event.

“My biggest goal [during competition] was to stay mentally focused and to not let what other people were doing impact what my plan was,” Rachael reflected.

“My biggest goal [during competition] was to stay mentally focused and to not let what other people were doing impact what my plan was,” Rachael reflected.

While working on mindset was important, Coach Henry had three things he deemed high priority for Rachael:

How Rachael’s Training Program Was Built

“The Rope Climbs we approached via a build of legless descents, into low volume ascents,” explains Coach Henry, “She was able to get them, but they were tough for her.”

While Rachael has improved on Strict HSPU's, she still had a long way to go in developing efficiency in fatigue settings according to Coach Henry. “So we stuck to our current build of keeping those hits in the front end of workouts, paired with cyclical aerobic work.” This type of programming allowed Rachael to work on building muscle endurance for the sHSPU while under some fatigue that didn’t interfere with the muscles required to do the movement. 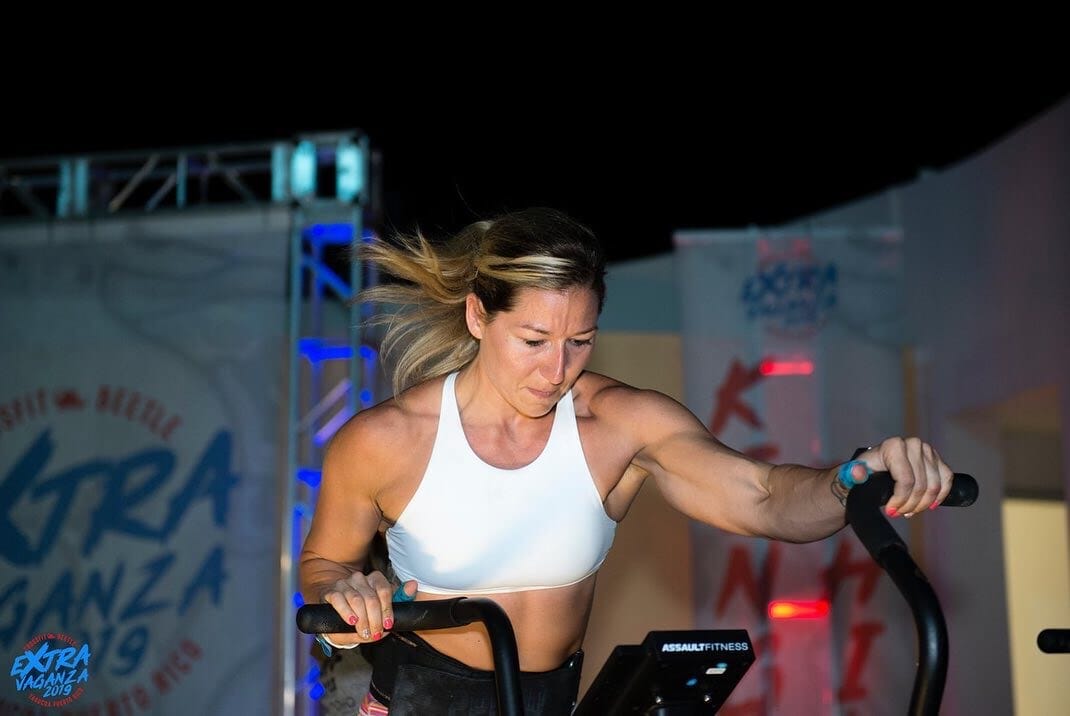 Finally, the movement of highest priority, due to the fact that she had never hit a successful rep before, was the ring muscle up. “This I had to really fast track, which I never like to do, but was necessary for the comp,” explained Coach Henry, “I was comfortable with the pull-up work she's been putting in, strict and dynamic, as well as the pressing. So I knew she was good for strength requirements, but from there to hitting reps in a workout, there’s quite a bit of road to be traveled.”

Coach Henry and Rachael talked about his expectations for the rMU and what the plan of attack would be. “The plan was to focus on transition skills for weeks before even attempting a rep. Then hope that there was skills carryover and she'd have to trust her strength would show up.”

Two weeks pre-competition, Rachael took her first shot and hit her first ever rMU! Now it was time to accumulate some reps in the short time they had remaining.

Game Day - Did the Programming Pay Off?

Luckily, legless rope climbs didn’t come up in competition (although, Rachael would have crushed those).

Rachael’s hard work on sHSPU had been paying off big time but come game day, the sHSPU were tough. They had a moderate rep volume of double unders and a heavy bag carry before them, which was not something they had time to work on prior to competition. However, Rachael “was able to get to that final sHSPU AMRAP and hit reps, which is definitely a win.” reported Coach Henry.

Finally, the workout with the rMUs was another real tough workout that involved a 50lb dumbbells, which Coach Henry states is pretty heavy for an Rx female division. “But she managed the DB's and was also able to hit on MU's, so another win there.” 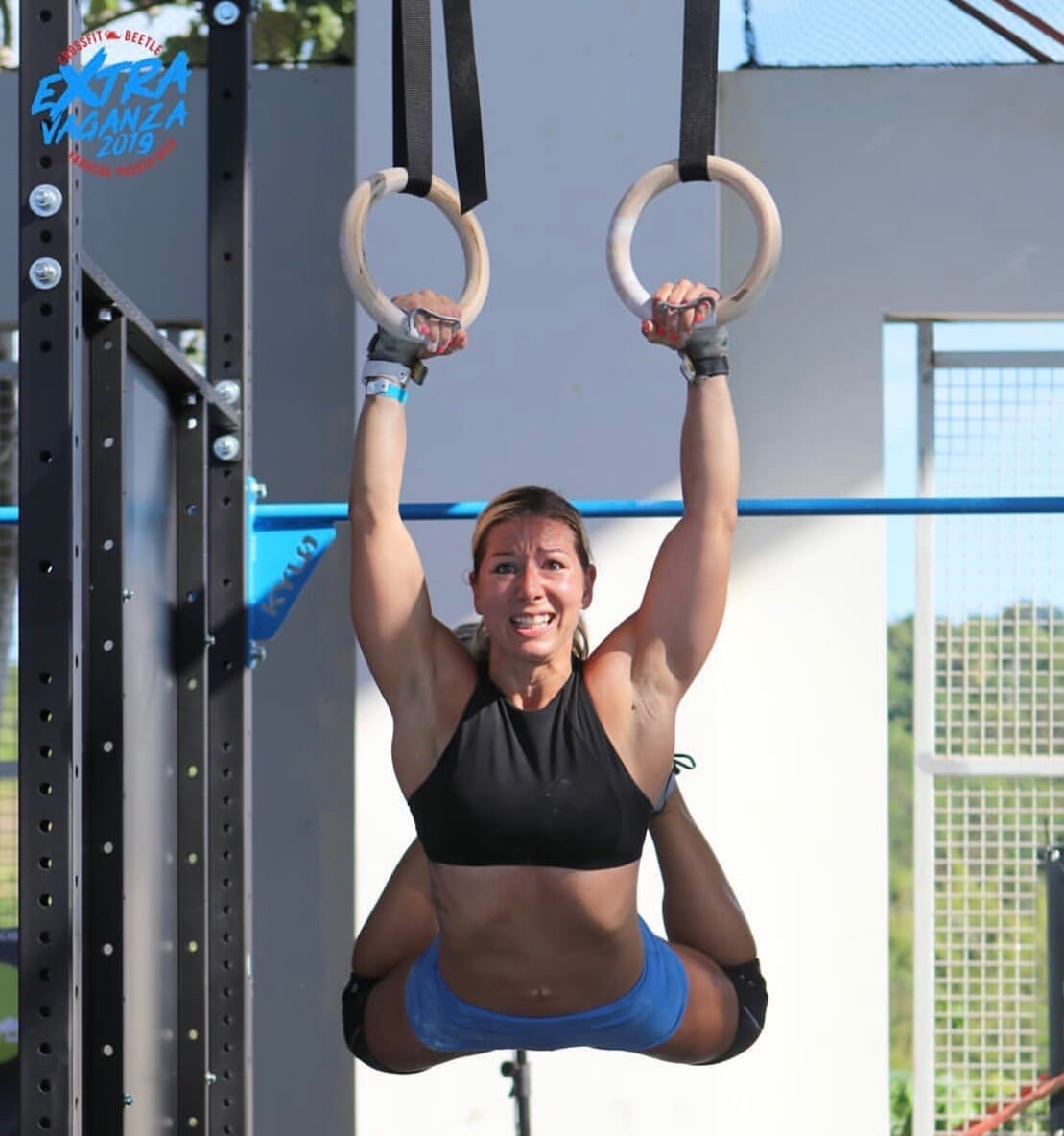 Rachael was overly happy with her placement at this competition. Knowing she had to put in a lot of work to complete the standards for the Rx division, she finished better than she had expected. Rachael even reached the final workout, which was not guaranteed for every athlete.

“Overall, I think it was a great experience for her, remarked Coach Henry, “I said that while this wasn’t elite standards, I’d call it Rx+. She managed herself well in all the workouts, and put in a genuine effort.”

“I’m proud of her for this, it’s tough to give it a good go when you know beforehand that you're not gonna win. She came out of it proud of her effort as well and excited about it.”

Rachael and her coach, Henry, had a great learning experience and glad got a taste of higher level competition and now look forward to the next one. 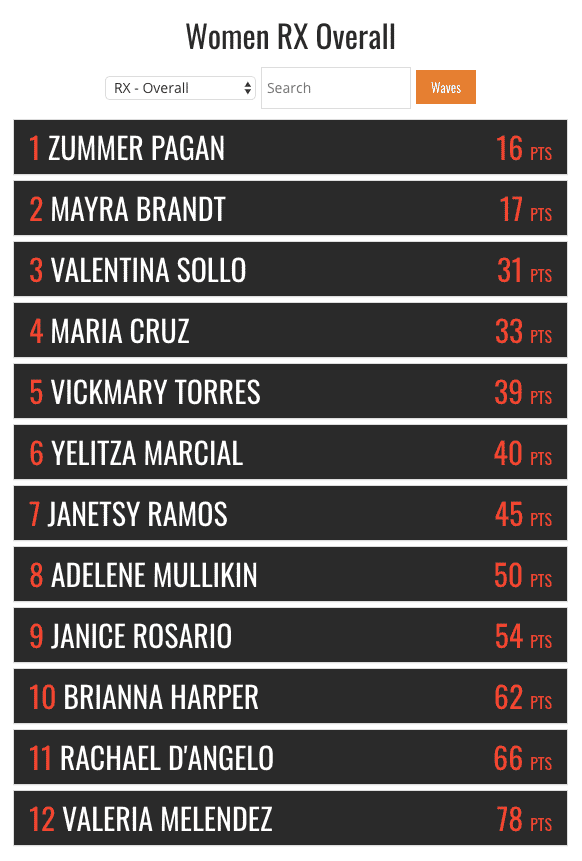