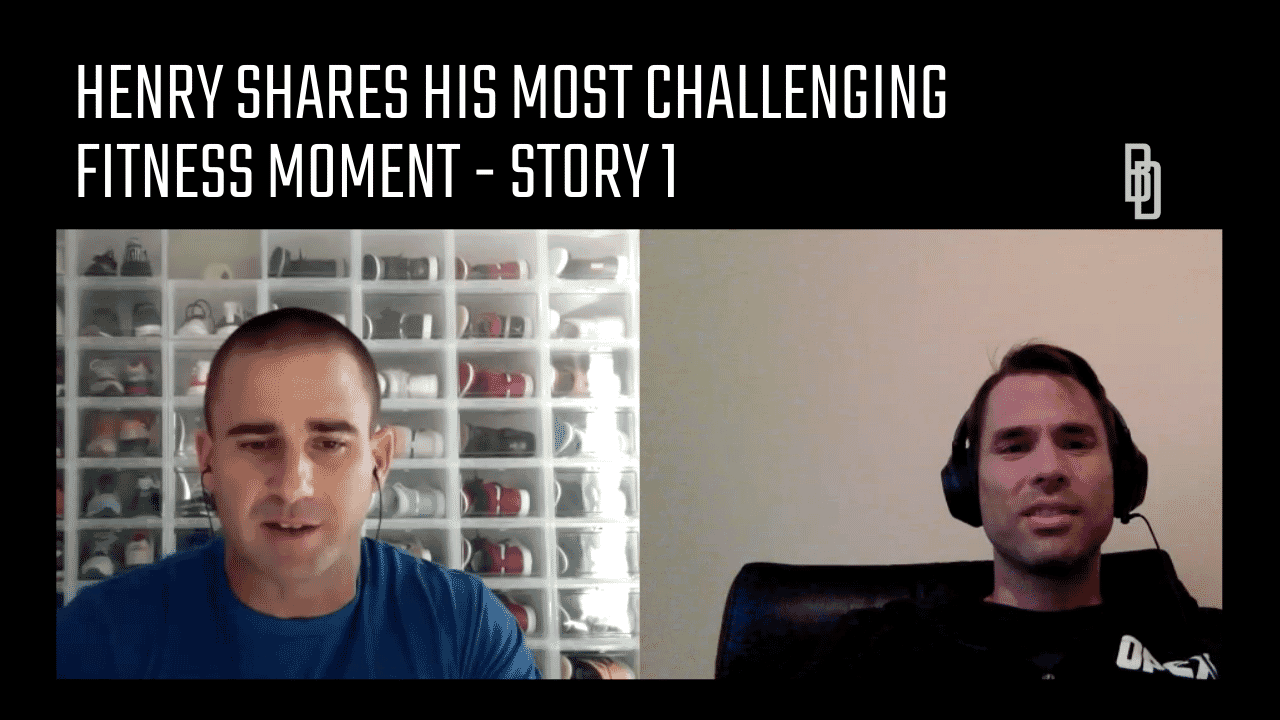 I asked Big Dawgs coach Henry Torano what some of his hardest moments in fitness have been throughout his athletic and coaching career. His answers were enlightening and needed to be told because his insights are so valuable and connective to the clients and athletes we work every day with.

Henry first tells a story about his triathlon experience, however, he suggests that life problems also led to this fitness experience being a bigger challenge than one would predict.

Why is talking about challenges so hard?

I mentioned this right out of the gates; I asked Henry this question a few hours prior to our episode, and I lucked out that I did. Going into the challenge zone isn’t easy to articulate well, and Henry is quite mindful, so we got even better information by giving Henry a few extra moments to think about it.

Henry then mentioned that fitness problems often stem from life problems. Many athletes fail to make that connection which really hurts their awareness about how they can find their peak performance more often.

What was one of the hardest moments you have had in fitness?

Henry talked about his initial triathlon experience, which was brutal on him. 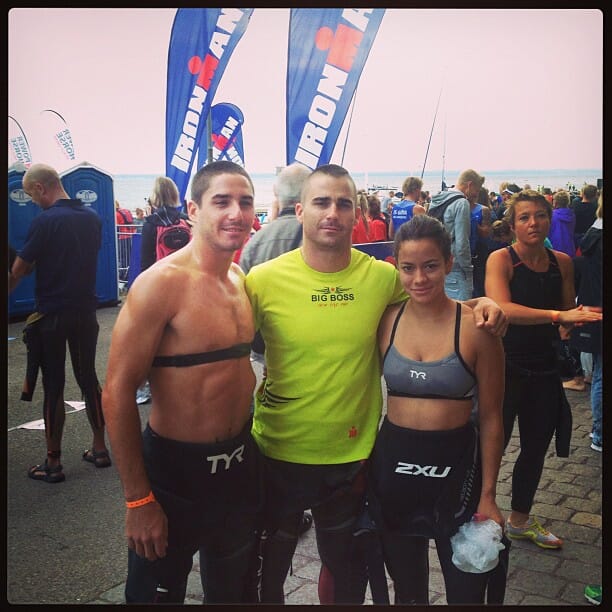 Henry decided on New Years Day one year that he was going to do an Ironman - 2.4 mile swim, 112 mile bike, and then a marathon which is 26.2 mile run.  That in and of itself reveals a bit of comedy about Henry because he decided this on New Years day upon being hung over from the previous night’s frivolity. In true Henry style, he simply jumped head first into the fire.

Henry signed up Jan 1 for a race - not yet a full Ironman - in April, and if you have never thought about that before, that is a ridiculous task to complete in that short of a time range. Training for the run alone, in 4 months, is outrageous let alone adding in the first two destructive legs (swimming and biking).

Luckily, Henry could already run pretty long distances thanks to his semi-pro football career. Being able to run 12 miles on day one gave Henry the confidence he needed to be able to tackle this large challenge in the short time frame.

Fast forward to the race, Henry completed the swim and bike as expected, but as he got into the run his stomach went haywire. He began to cough up vomit as he progressed forward, and he was so nervous that he actually teared up as he ran. 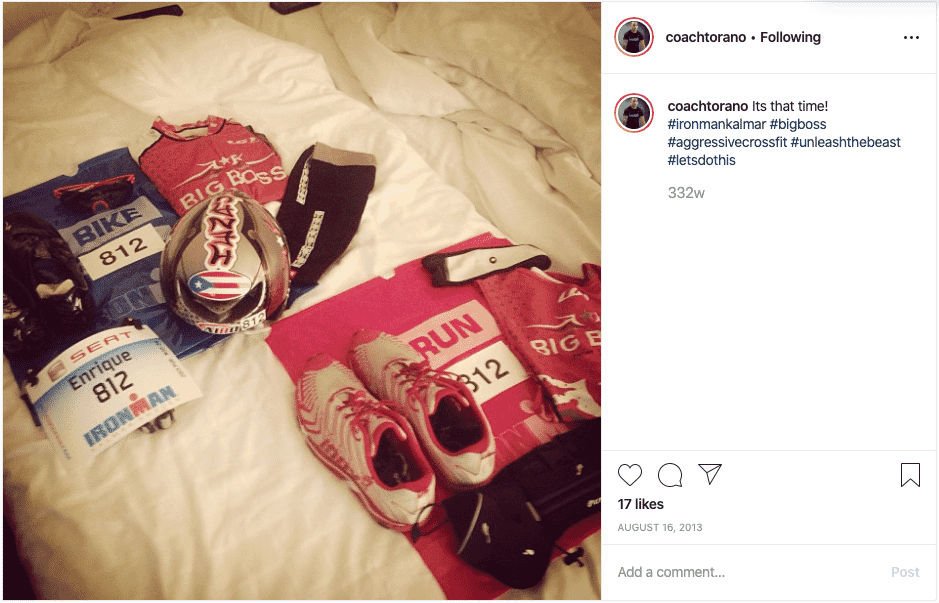 Fast forward another 2 months to Henry’s first Ironman, and sure enough his stomach went haywire again. This time it happened 3 miles into the run, but Henry was forced into a port a john that day. Even after getting rid of absolutely everything in his stomach and heading back out to the run, 10 minutes later he had to go again. This happened every consecutive kilometer for the rest of the course. Henry kept walking to continue to move forward, but he was massacred. He couldn’t even swallow water because he was so messed up.

The reason Henry remembers this so vividly is because he felt helpless in those moments. He had to learn a ton about himself, triathlons, his gut, nutrition etc. After a few years of training, Henry knew exactly what he needed to do in order to thrive in those long races. Perhaps most importantly, Henry had to talk to a Sport’s Psychologist in order to better understand his mental tendencies before, during, and after the race. Henry needed a coach because the task was simply too big to accomplish on his own.

What can people do to better handle those really difficult moments?

Henry immediately said he shouldn’t have tried to fast track a full Ironman. Without the volume built up, it’s almost impossible to have the internal confidence when things get hard or moments get additionally challenging. That experience and volume add to your confidence because you have felt those awful feelings and you’ve also felt those unknown feelings that require attention or overcoming in the moment. That confidence is paramount to succeeding at higher levels of performance. 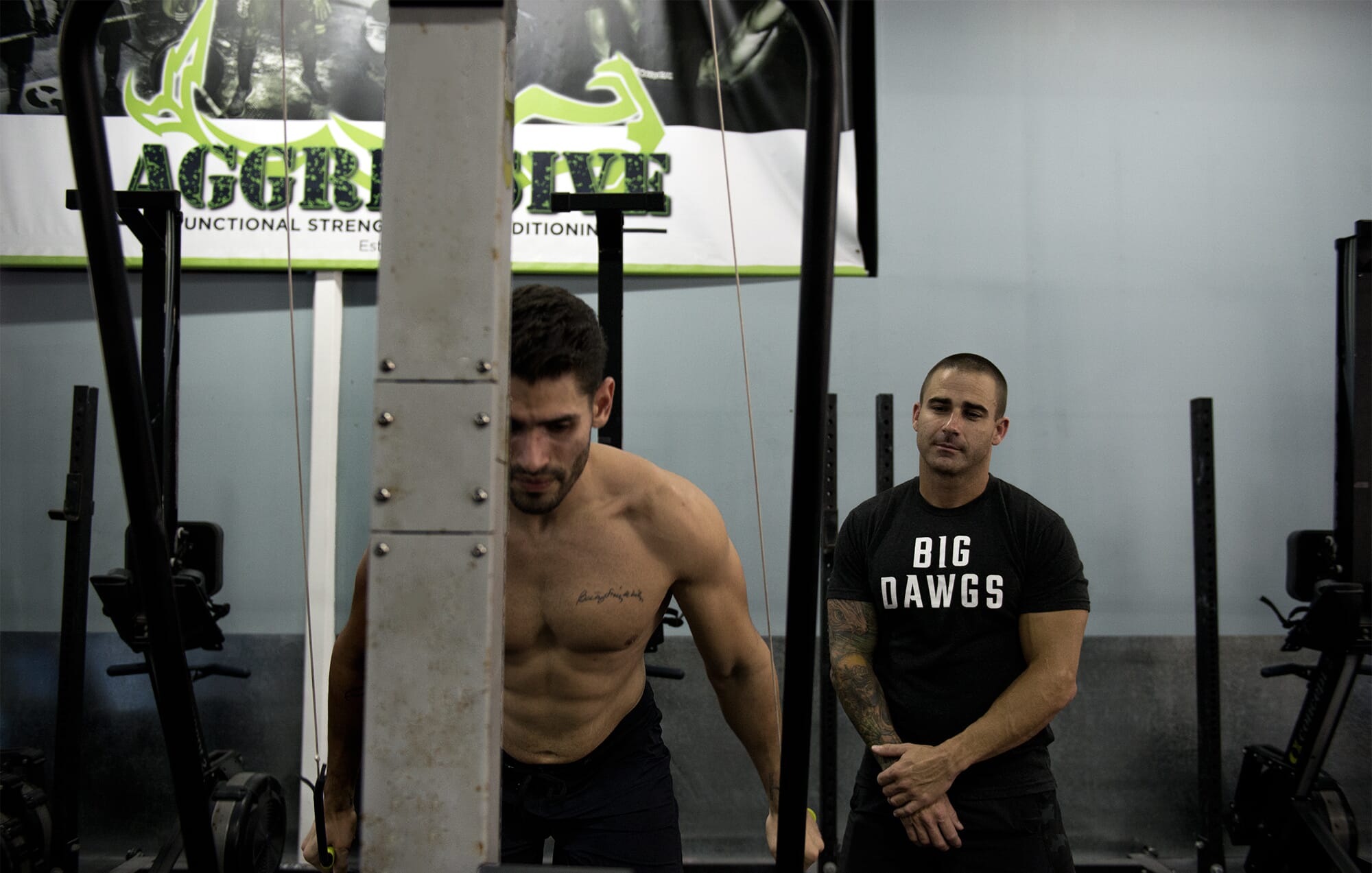 Henry also said that you need to seek advice in the most beneficial way possible to you. While this sounds like a marketing hit for Big Dawgs Coaching, Henry recognized that he had to learn a lot about himself, the sport, and the surrounding challenges he knew he’d face throughout his journey of performance. For Henry, and hopefully for you, he sought out anybody who could help him better understand the nuances of his improvement.

I always improve when I teach other people these things.

Something that Henry finished with, is something I love about the guy. He said “I always improve when I teach other people these things”. Henry is learning day in and day out by doing and by coaching. Even if Henry isn’t pursuing triathlons anymore, he’s up-leveling himself day in and day out, which makes him a better person and coach.