From Cocaine to the CrossFit Open: Dominic Scalzo

From Cocaine to the CrossFit Open: Dominic Scalzo

Dominic Scalzo has overcome some major traumas in his life and came out on top.

In his sights are the 2020 CrossFit Games and he isn't slowing down now. 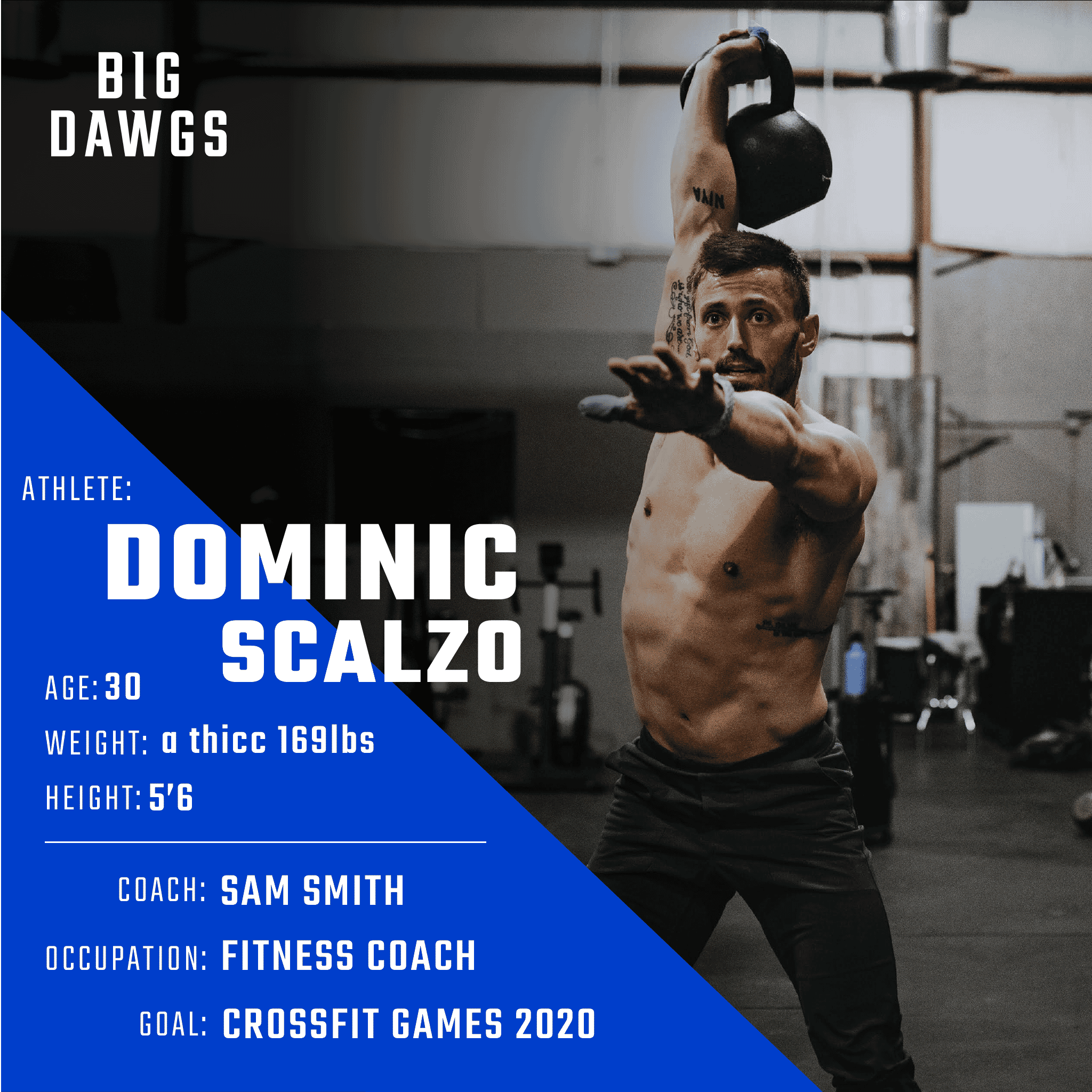 Over the past 10 years, I have traveled through hell and back, and so far have come out a better person than I have ever imagined I could be.

I grew up an athlete, with my eyes set on playing lacrosse at the highest level it could be played. In the midst of me going to college and playing for a top D1 school, I discovered my love for Alcohol. It turned me into a completely different person. I was able to do anything I felt like doing, at any time. Also, during this time I ended up with a light injury on my foot. Allowing for a doctor to prescribe me painkillers. They were nothing special at first, but as a year passed and I fell further down in my drinking and partying web, I fell in love with painkillers.

"I ended up with a light injury on my foot, allowing for a doctor to prescribe me painkillers. They were nothing special at first, but as a year passed [...] I fell in love with painkillers."

After that I became heavily dependent, while also getting involved with Crack/Cocaine, and a super rough crowd. I watched friends die in front of my eye. One try to take his life but we rushed him to a hospital on campus. I used to wake up in Brooklyn, NY under the bridge after staying there for a week. Found myself in terrible situations like those ALL the time. I ended up getting arrested and kicked out of school.

When I moved back home I got into a rehab, 4 actually. I relapsed immediately after each one. While also progressing into injecting heroin and cocaine. I overdosed twice, and the second time I woke up in a hospital. I had no idea where I was, how I had gotten there, and how I was going to get home. I left out immediately, went to my dealers house, got high again, walked home and called a rehab in Florida. I moved there the next day.

Throughout my time in treatment I saw 80+ people lose the battle to addiction. Some of those people, passed away in my halfway house, some were old friends that I grew up with, some were close friends that I used drugs with and some were people I barely knew and briefly met. This is where things began to change.

"I overdosed twice, and the second time I woke up in a hospital."

A few months after living in Florida, I joined a club lacrosse team and started back up at college. At this time, I weighed 250-260 pounds (I am 5’6”), actual weight is unknown because I chose to never hop on that thing. I had a chance to try out for team USA, and wanted to drop weight fast and got with a trainer at a local CrossFit gym and had some success.

I ended up getting my coaching certs, joined in the OPEX CCP, as well as a ton of other certifications. I fell in love with the sport of competing. Every year I jumped up the CrossFit Open leaderboard by large amounts. Until 2016, I was 83rd in my region. The following year I felt like it was MY year to finally make it but I blew out my back. The year after that, it happened again, and again. I found myself in a wheel chair coaching at regionals in 2018, and that was the last straw.

"After some tough months of getting through pain and back to real training again I found myself staring at the open leaderboard finishing 66th in the world, with a top 10 finish in a workout."

I made a move to Georgia, found a Physical Therapist and hired Sam Smith from Big Dawgs as my coach. After some tough months of getting through pain and back to real training again, I found myself staring at the CrossFit Open leaderboard finishing 66th in the world, with a top 10 finish in on of the workouts.

Everything I have worked so hard for right in front of me. Next goal, is to qualify for a CrossFit Sanctional, however due to a lot of the damage I have put my body through - I just could not recover from the open. I had to drop out of 2 of 3 qualifiers I was signed up to do and the one I chose to finish I performed subpar. After constant conversations with Sam, we devised a plan to get me back on track and prepare for this next year.

Today, is the Best Day of My Life.