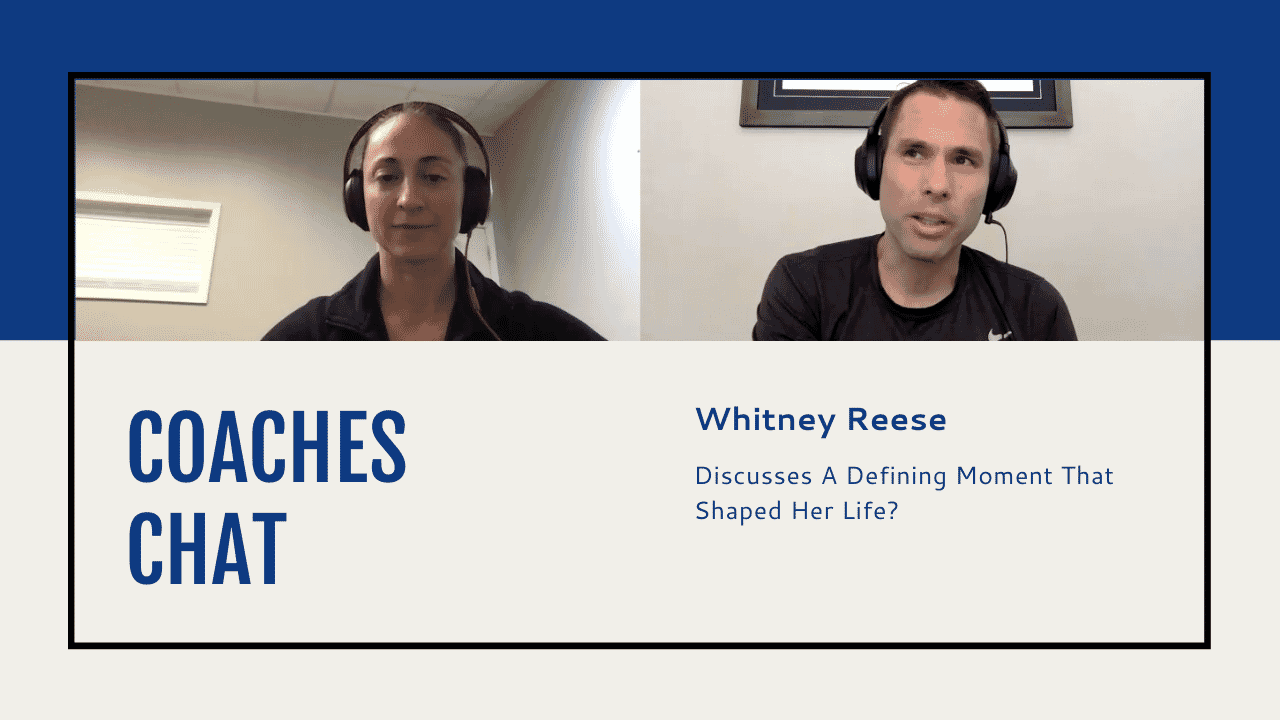 It’s absolutely essential that you watch the video, or at a minimum, listen to the story as told by Whitney. My words can say what she said, but you need to see and or hear Whitney discuss the importance of this story to her maturation process into who she is today.

Whitney Reese has been a competitor for her entire life. From multiple sports to CrossFit, to school, to coaching, she loves to test herself and compete. But what you may not know is that Whitney deeply cares about those around her, and no matter what happens she is the type of person who will make sacrifices to help those around her - perhaps it’s part of the reason she became a Physical Therapist.

The 2011 CrossFit Regionals In Austin, Texas?

Whitney shared a story that took us back to 2011 in the sweltering heat of Austin Texas’ South Central Regional CrossFit Competition. 2010 saw Whitney qualify for the CrossFit Games, then in Carson, California, so she wanted to solidify her place at the top talent’s table in 2011.

From the get go, Whitney and many other women saw their hands tear beyond belief because the pull up bars, kettlebells, and barbells were so darn hot from the Texas heat. Whitney described a moment where she was doing pull ups and she heard and felt her hands squish. She’d never felt that prior, so she looked at her hands only to notice that all of the skin in the affected area was completely torn off

After that, Whitney tried to do a kettlebell swing by holding a towel and the towel holding the kettlebell. That, as you might suspect, ended in Whitney’s kettlebell about 20 feet behind her haha.

Needless to say, it was hot!

Setting The Stage Of Importance?

The top 3 athletes in the Regional move on to the CrossFit Games, and the competition that year was fierce. The top 4 going into the last event were:

Those are, and were, well-established names in the CrossFit world, not just Texas.

Well, it just so happened that the point spread between 2nd and 4th was 1 point. That meant that Whitney needed to place either 1st or 2nd to ensure she made it to the CrossFit Games.

What Moment Had A Massive Impact On You And Helped To Shape Your Life Perpetually Into The Future?

The final event included Toes to Bar - great, more torn hands on scalding hot bars - plus an overhead plate lunge plus a sprint to the finish.

The horn blew and the athletes were off. Whitney was hanging in with all of the leaders and felt like she had a real chance of moving on as the workout progressed...and then it happened!

Next to her on the toes to bar was Candice Wagner. In the blink of an eye, Whitney heard a huge crash next to her when Candice lost her grip on the bar and fell onto the asphalt on her back.

Instinctually, Whitney stopped what she was doing in order to check on Candice. After a little time, Candice said she was ok, so they both got back into the workout, but the competitive damage had already been done to Whitney.

By the end of the event, the sprint to the finish, Whitney ended up tying with Lindsay Smith, and Whitney ultimately finished 4th, one spot outside of qualifying for the CrossFit Games. The time Whitney lost by helping Candice cost her her trip that year. And, unfortunately, although unknown to Whitney at the time, Whitney wouldn’t qualify for the Games ever again.

What Effect Did This Have On Whitney?

You could hear the pain in Whitney’s voice having missed that shot at the CrossFit Games. However, she immediately moved into a place of happiness and pride. She said that she hasn’t regretted helping Candice one day over the past 9+ years.

Whitney has learned a lot about herself since that trial, and one of the big things is that she is somebody who stops and helps. She now knows that about herself, and she wouldn’t change it for the world.

Make no mistake, she ate herself up - her words - for quite awhile, years, after it happened. Whitney had gone out to win. She didn’t use that moment as an excuse because she was afraid to win. After years of introspection, though, she realized that even though she gave absolute full effort, she was not, and is not, the type of person to turn the other cheek to somebody in need, and that continues to shape her to this day.

Whitney then made a wonderful statement when she said “I never want the future me to regret the current me because of the decisions I make.”

Sometimes you need to go through pain in order to see growth. It makes you wonder what moments you’ve gone through that with a slight chance in perspective could be wonderful learning moments that would help to shape our lives for the better into the future.

Regardless, what a story!