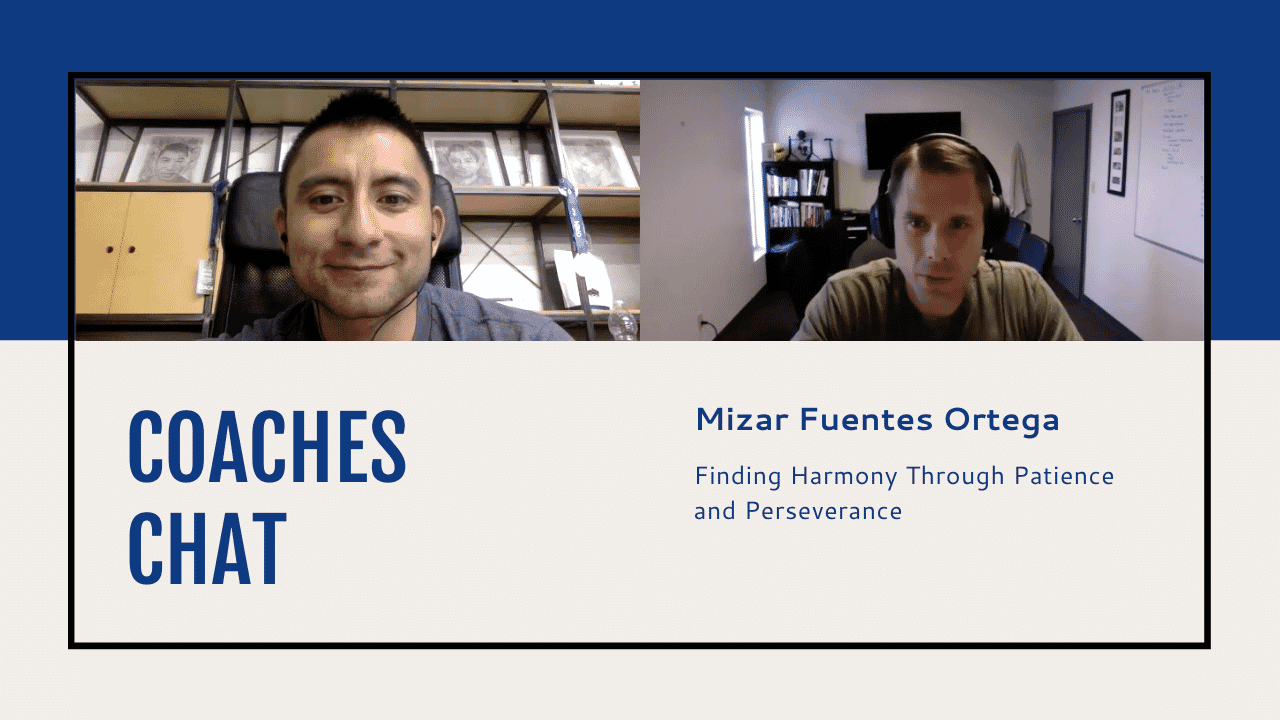 Mizar Fuentes-Ortega (Mizar) has always fascinated me, his clients, and many other people who follow Big Dawgs and Mizar. He speaks 3 languages: English, Spanish (his native language), and French, he was a world-level gymnast + high level CrossFitter and Mixed Martial Artist, he’s an outstanding coach, and he is always 100% present with me and others when he speaks to us.

I wanted to explore some of the genesis that helps Mizar be Mizar!

Mizar was born in Mexico but moved rather young to Rimouski, Quebec, Canada

Mizar’s father, an oceanographer, was somebody who deeply believed in improving yourself and focusing on what you could do to grow vs what things may be trying to distract you. When Mizar was 7 years old, their family moved from Mexico City to Rimouski, Quebec in order for Mizar’s father to pursue his PHD.  At 7, Mizar had to learn French in order to survive in Canada.

Mizar jokingly said that he and his family made up 100% of the Mexican population in Rimouski!

Mizar learned that he wanted to focus on what he wanted to achieve or grow into. He knew that he needed to be resilient, educated, hard working, and mindful because those tools allow you to live anywhere and succeed in any environment.

After 10 years, Mizar went to University where he learned English “for real.”

Mizar tells a funny story of how when he needed to use the bathroom, he said - in English - “who is the bathroom” which lead people to laugh and mock him.  He knew he had to grow his English speaking to give himself the best opportunity for success.

At the same time, Mizar had been competing for 10 years in gymnastics, and he was asked to join the National Team because of the successes he had. And, just like that, Mizar’s family moved from Quebec to Halifax - prior to learning English - so he had to start his life over, in small ways, again.

It was here that Mizar, through his body language, showed clearly that those distractions or challenges simply do not bother him anymore because of how much change he was exposed to early in his life. Mizar noted, in such black and white simple terms, that to be successful, you must:

Coaching was who Mizar already was

It was with these gymnasts where Mizar learned that he could help positively shape minds, bodies, and spirits, and he’s never looked back.

Something you’ll see from Mizar is that he deeply believes that great coaches have to have experienced the same things that her/his athletes have experienced because they can so much more authentically describe what their athletes may feel as they go through those challenging moments.

Mizar has refined his tactics of coaching, but he’s never lost touch with the long-term growing experience being what the real goal for both performance and life.

I asked Mizar what some of the most important points were that he’s learned going through this thing called life, and he was quick to respond that he and his clients must always learn and practice:

Mizar doesn’t like the term “sacrifice” as much (in most situations) as he likes “choice” because we simply make choices in terms of how we will actionably progress. Why place additional stress by calling it a sacrifice?

Mizar used the word harmony when he described how people connect their work/training with their life and lifestyle. It’s so important to be in that aligned harmony to accept the long-term nature of what is required for big success.

And, if you watch this video and others of Mizar, I think you’ll notice clearly how Mizar not only finds harmony in the little things, he also helps others find the same for themselves!

Until the next time my friends!