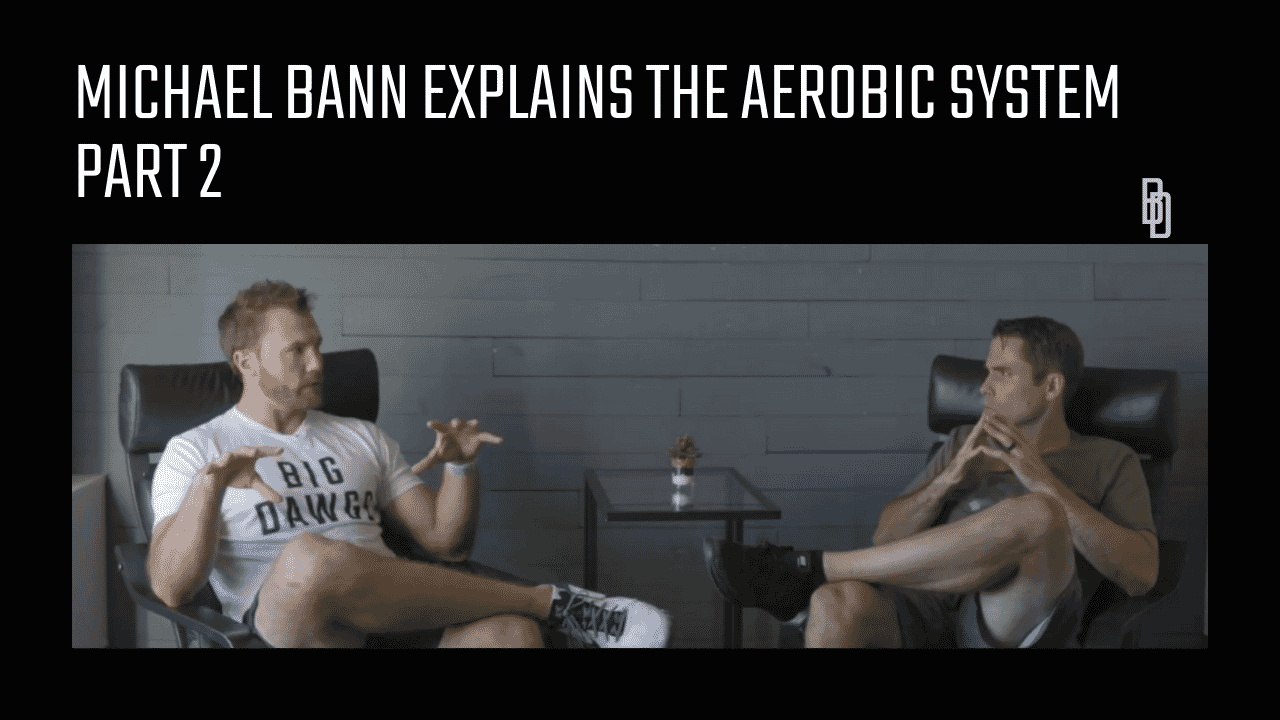 In part 2, Michael wanted to hit on how oxygen actually gets to the muscle tissues so that you can actually become aerobic.

The structure of this conversation will go this way:

Michael quickly mentioned a story that he just encountered on a consult with an athlete. That athlete was working with a macros coach who was just saying “hit these macros and you’re good.” However, the coach wasn’t mentioning the micronutrients within that conversation. Michael noted that the macro nutrients are like the bricks of a house whereas the micronutrients are really the mortar that makes the bricks stay together.

You must have both macros and micros in order to perform. You may be able to get away with it if you’re stagnant, but not if you want to compete and win

Why do micros matter in this context?  Well, specifically per this conversation, if you don’t have the proper micronutrients, you will really struggle to be aerobic.  Things such as B12, folate, and zinc are so often deficient in CrossFit athletes.

CrossFit is so hard on your body because of how much workout volume you have to do and how intensely you need to compete on game day, you must realize that you are in fight or flight mode (sympathetic nervous system) more often than “normal” people. That means you are more stressed. If you do not create an environment to get into a parasympathetic state, you can shoot your nervous system to shreds over time.

Do you believe that stress is mainly caused by training or is it other things?

I asked Michael to clarify that stress levels and micro nutrients are among the very important components of giving yourself the environment to build a better aerobic system.

In relation to nutrients, Michael said something beautiful

You are what you eat, absorb, and then do not get rid of

That statement, in the context of building the aerobic system, “discusses” why smaller things such as relaxing while you eat lunch, create a less stressful environment which allows you to get into a parasympathetic state (shutting off the sympathetic state) which allows you to absorb nutrients which gives your body the micronutrients (assuming the food is legit haha) to allow oxygen to get to the muscles more effectively which will make you more aerobic!

Michael noted that just working on stress and nutrients has helped his athletes PR numerous breathing work and aerobic tests in the gym. Powerful stuff!

Something interesting to think about, particularly if you’re in the high intense military or CrossFit mindset...sometimes Michael drops training in order to secure the nervous system (less stress), helps clean up foods along with that stress to get better nutrients in, and then sees sizable PR’s. It’s never just about training!

How does inflammation play into the aerobic system?

Doing bicep curls effectively creates some acute inflammation, which is all good because it creates the adaptation and “the gun show” as Michael said with a straight face!

How does gut health factor into performance of the aerobic system?

While gut issues are a very complex topic because there isn’t conclusive research on gut health, Michael has worked with athletes and doctors to see people fix gut issues and go on to perform astronomically higher. He noted that if you have bowel movements that take more than 5 wipes, are runny/not well formed, or consistent, that is a sign that something isn’t right in the gut.

Michael discussed that the gut has its own nervous system - as does the brain - so when the gut is inflamed/off, it signals your brain which can dampen your nervous system (dampening is like a light bulb of power, when it’s dampened, the bulb is less bright).  If you have a dampened nervous system, you will struggle to put out your max capability of power, and you will also struggle to get oxygen to the muscles for aerobic purposes.

Perhaps a quick bullet point on what inflammation can lead to, in 1 example, would be helpful:

He said this in the context of making sure you or your clients are not so beat up or deficient in certain hormones, micronutrients, parasympathetic tone, etc that by simply training you could set off that inflammation forest first which would then harm performance even more.

How does insulin sensitivity affect the aerobic system?

Michael isn’t talking about a diabetic example of insulin sensitivity, although it would play in for those folks with diabetes, he’s talking about how the cell accepts fuel or not to make energy.

Side note, Michael has seen people present with insulin resistance in these categories (ie all):

If that’s annoying, we agree. Michael simply notes that there isn’t one answer to these questions, he looks at a number of factors together to determine his best course of action with his clients.

Insulin sensitivity can come from inflammation, sex hormone problems, if your toxic, liver congestion, hyper lipidemia, etc...and if you are insulin sensitive it can absolutely lead to aerobic system deficiencies.

Summing it all up with resiliency...

One last great note to blow your mind

The best thing to do to get more mobile (as in mobility), get more aerobic. That aerobic system improvement leads to parasympathetic “de-stressing” which brings with it more mobility. A higher aerobic level allows for a better and bigger foundation for your body to put more things on top of it.

Michael noted that when he fixes the primary, secondary, and tertiary elements, everything begins to improve as does performance. If you want to dive a lot more deeply into that, check out this article from a resiliency conversation Michael and I had - here (link to resiliency blog)

Everything is connected folks. Think about the overall system and fix the big rocks as best as you can without simply assuming that lifting harder will solve your performance problems.