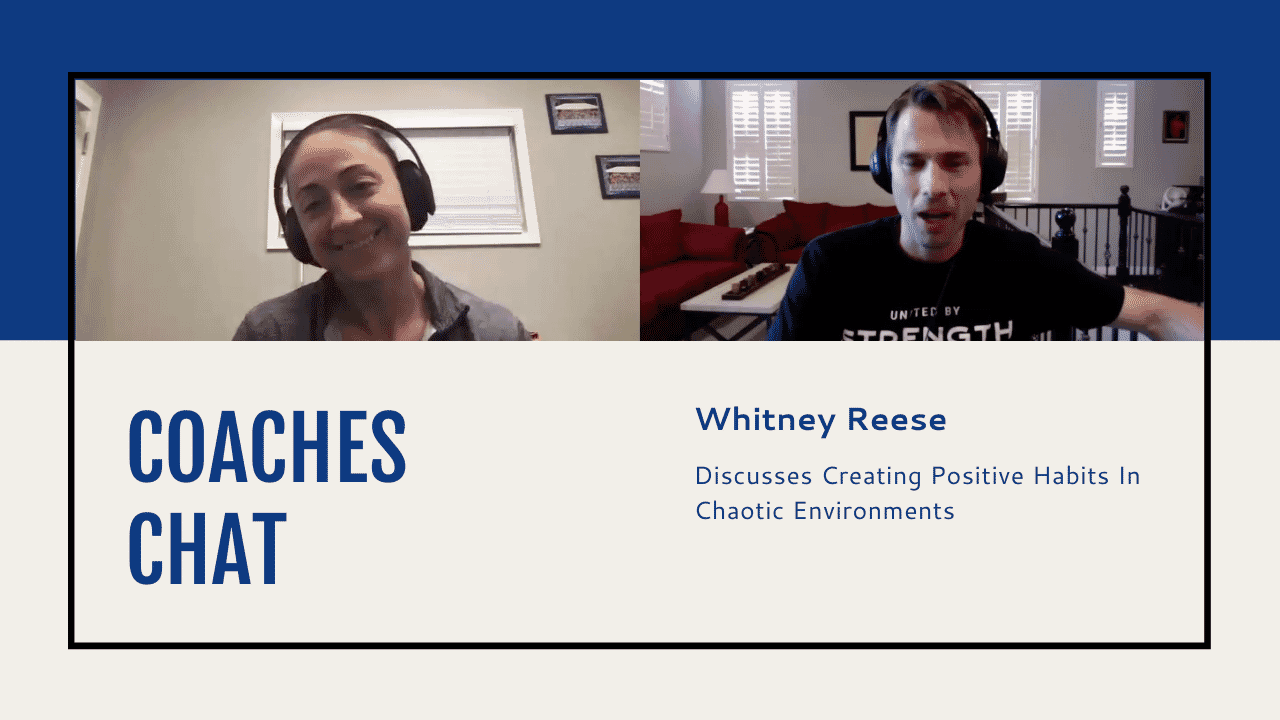 Coaches Chat - How Do People Perceive Their Progress and Mastery In Fitness?

Coaches Chat - How Do People Perceive Their Progress and Mastery In Fitness?

Whitney Reese always impresses me with how much breadth and depth she has command over in our conversations. It doesn’t seem to matter what the topic is, she always has such intelligent words back. This conversation was no different. I wanted to ask Whitney how she has experienced and coached people through long term fitness progress and mastery. I was curious about that because we often hear today that people want to “get better now.” Of course we want to help people do that, but it’s when we can help somebody align the “right now” with the bigger picture that they enjoy the process and ultimately have more likelihood of success in the beginning, middle, and end.

What does it mean to progress in the long-term?

Whitney really thought about this and gave a well articulated answer of “it depends” haha. She didn’t use those words, but she did go into the truth that the goal partially determines what progress looks like.

If you are working on a skill goal, Whitney used a rainbow move in soccer, you simply need to do it over and over and over again until you’ve “got it.” However, once you’ve got it, you need to then decide what you’re going to do with it which is where Whitney’s brilliance really came out.

Once you achieve a goal, either you decide to press on and build on that goal you just achieved, or you decide to change focus and go after something that isn’t necessarily correlated to the work you’ve just put in.

Whitney has seen a pretty consistent personality style that correlates to what decision people often make. Me, I like to hit new goals in a search for ongoing experience and wisdom. Many others, they love to continue to build their specific pathway to mastery!

Where do you fall into that spectrum of jumping from thing to thing vs sticking to things for longer-term mastery?  There isn’t a right or wrong answer there, there is only what you take sustained fulfillment from. But, like everything else, there are tradeoffs to the good and bad based off of where you fall

The ebbs and flows of progress

Whether you are a “jumper” from goal to goal, or you’re somebody into a goal for longer-term goals, you will have ups and downs. Whitney spoke plainly that she generally sees larger ebbs (downs) for people who are specifically focused on 1 goal because it’s so much more clear what you’re focused on as well as it gets harder and harder to progress the better you get. It doesn’t mean it’s a negative experience, though. It simply means you need to be prepared for it to take time and not be linear.  Whitney referenced a mountain tree line where the trend is certainly going up the mountain, but it’s not a straight line up.

Sometimes people who experience ebbs quit early. Oftentimes that says that the expectations weren’t set very well up front. They need to know that it’s not always a straight line to success.

What does mastery mean?

For the person who likes to change things up, they often find that expressing themselves physically is the underlying motivator. If they are clear on the goal and why they want to achieve it, they can go all in on it and feel completely fulfilled even though they may leave that goal to never come back to it. Whitney has found that many people also change as they age. They like to experience different forms of expression in different phases of their lives.

Contrast that to somebody who wants to master something over their lifetime - I think of Katsumoto from the Last Samurai - much of the fulfillment they get is in the journey toward understanding, optimization, and potential within the goal they are seeking to attain over time.

Whitney reminded me of a mastery cycle of:

As people walk through those different stages, they begin to find that the mastery “goal” is more about the continuously cycling through those stages by reaching out to more and more people whom they can work with, mentor, and then teach. Whitney mentioned that the ultimate form of mastery is to give back and teach others because it opens up questions that perhaps you hadn’t yet thought about. As long as you’re interested in that cycle, you’ll continue to build on your mastery, but when it’s time to hang it up, that’s called retirement